Going Up the Country

Going Up the Country 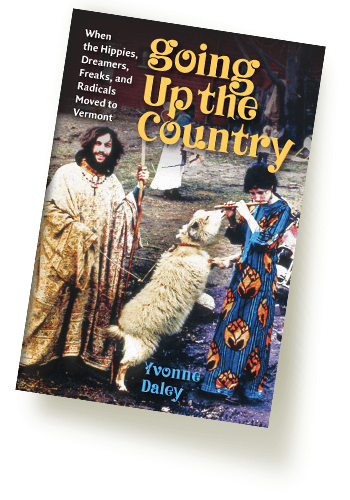 How the Counterculture Changed Vermont and Offers Hope for America

Going Up the Country is part oral history, part nostalgia-tinged narrative, and part clear-eyed analysis of the multi-faceted phenomenon collectively referred to as the counterculture movement in Vermont. This is the story of how thousands of young migrants, largely from the cities and suburbs of New York and Massachusetts, turned their backs on the establishment of the 1950s and moved to the back woods, small towns and cities of rural Vermont, spawning a revolution in lifestyle, politics, sexuality, and business practices that would have a profound impact on the state and the rest of the nation. The movement brought hippies, back-to-the-landers, political radicals, sexual libertines, and utopians to a previously conservative state that led us to farm to table, Bernie Sanders, and the progressive politics of today. A fascinating look back on the long, strange trip that was the counterculture in Vermont.

When the Hippies, Dreamers, Freaks, and Radicals Moved to Vermont

In the mid-1960s, Vermonters were so alarmed by reports of an impending invasion by long-haired, radical hippies that they considered forming militias to defend themselves against the onslaught. As it turned out, many of the young people who went “back to the land” made friends among the native Vermonters. As one person put it, “we all had our ‘farmer’” or, in the case of Mary Mathias and her former husband, the journalist Robert Houriet, the founders of Frog Run commune in Vermont’s Northeast Kingdom, a local kid who taught them how to properly stack their firewood so the woodpile wouldn’t fall down or how to build a chimney so the smoke wouldn’t blow back into the house. In the intervening years, as the newcomers and the locals who joined them transformed the once-solidly conservative state into one of the nation’s most progressive, so too were the transplants changed as they discovered in Vermont a participatory form of government that they, like Social Democrat Bernie Sanders, could embrace and a state small enough to launch remarkably successful endeavors such as Ben & Jerry’s Homemade Ice Cream.

I was one of those flatlanders – hippies, if you like – who sought refuge from the Vietnam War, the divisions in our country, and a culture that measured people by how much money they made and the color of their skin. While my neighbors may have been suspicious when my first husband and I moved to the mountain town of Goshen, within a few years I’d been elected a justice of the peace there and was collecting the stories of the old timers in town. For in no time, we came to appreciate and share what’s best about Vermont and Vermonters — self-reliance and perseverance, respect for the individual, love of the rural environment, and the right to be different —  while also seeing some of our far-out ideas – free health clinics, for example, or same-sex marriage – become realities. 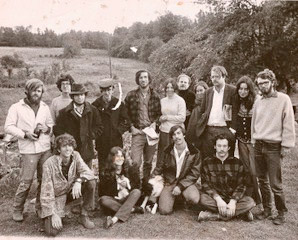 Many of the founders of the Liberation News Service and their friends founded a commune in Guilford that operates today, 50 years later.

As with any movement, there has been blowback, some deserved. Indeed, there was over-indulgence and insensitivity, especially in the early years, and many failed marriages, much as immoderation and false starts are part of many demographic group’s maturation. The voices of critics of the movement are represented in Going Up the Country as well. Nonetheless, it must be acknowledged that the outsiders came at just the right time and reinvigorated a state that had been losing its young people to other places for decades. Beyond Vermont, some brought the skills and convictions they had nourished in the Green Mountain State to places far away — bringing health care to the endangered herdsmen of Mongolia, for example, or serving on the war crimes court of Bosnia and Herzegovina, for another. Indeed, and perhaps most important, the stories of these Vermonters, once unwanted and feared, illustrate a truth that’s needed in today’s world, perhaps more than ever, that one person can make a difference, working with others for positive change in one’s neighborhood, one’s town or city, one’s state, nation and beyond.

Quite a trip, indeed.

A Single Childhood Memory of Vermont 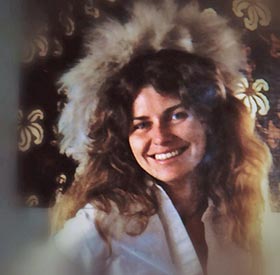 I have a single memory of Vermont from a childhood ride across the Connecticut River while on summer vacation in New Hampshire. My father was showing off his amazing sense of direction, a favorite pastime that took us to unexpected places, only this time he had taken a dirt road that dead-ended in a muddy dooryard where a straw-hatted farmer awaited, leveling a shotgun at our new, fancy Pontiac. My rearview movie, as dad sped us away, remains vivid in memory: acre after acre of rolling green pastures, a falling-down barn with a cedar-shake roof, iconic heifers grazing under a perfectly blue sky, and that farmer grinning at me as he grew tinier and tinier, his arm raised in defiance of the coming of us, the outsiders.